ADAXIS was launched at the beginning of 2021 by Henri Bernard, Guénolé Bras, Emil Johansson and Vasan Churchill, following years of applied research into using industrial robotics for advanced manufacturing at ESTIA and RISE Research Institutes of Sweden.

The team first met during a collaborative research project where they found a shared frustration with the time-consuming and complex task of programming industrial robots for 3D printing. One year later, ADAXIS was formed to solve this problem by bringing a new intuitive and powerful software for robotic programming to market.

Today, ADAXIS is a multi-national team of innovators based between the two cities of Bidart, France, and Gothenburg, Sweden. We help world-leading companies in automotive, aerospace, manufacturing, construction, and interior design to create new innovative and sustainable products.

AdaOne is a powerful and intuitive software for robotic additive manufacturing of metals, plastics, composites and concrete. The software platform covers every aspect needed to go from idea to finished part. 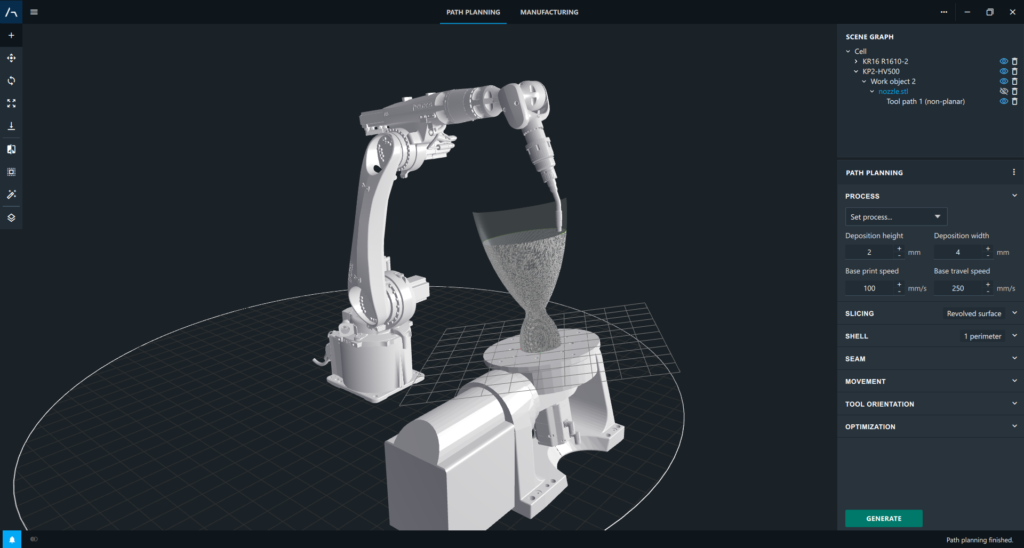 Optimize printing of a part, e.g. for performance or weight, by defining zones with custom path planning settings

Generate and optimize tool orientation based on part geometry.

Detection of collisions between static and dynamic objects during printing. 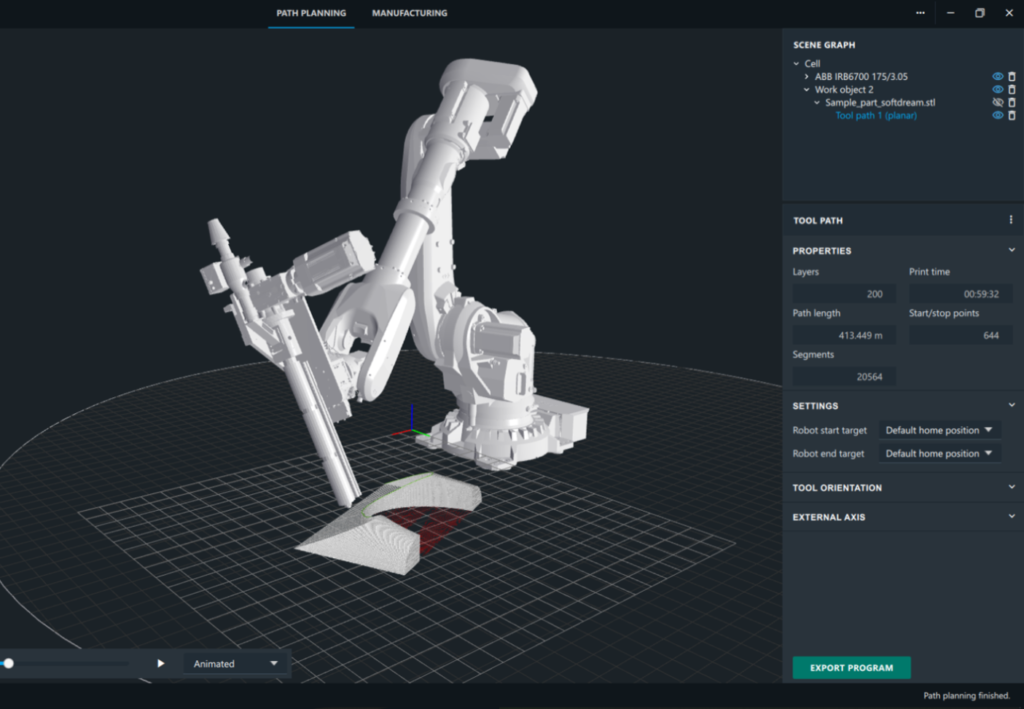 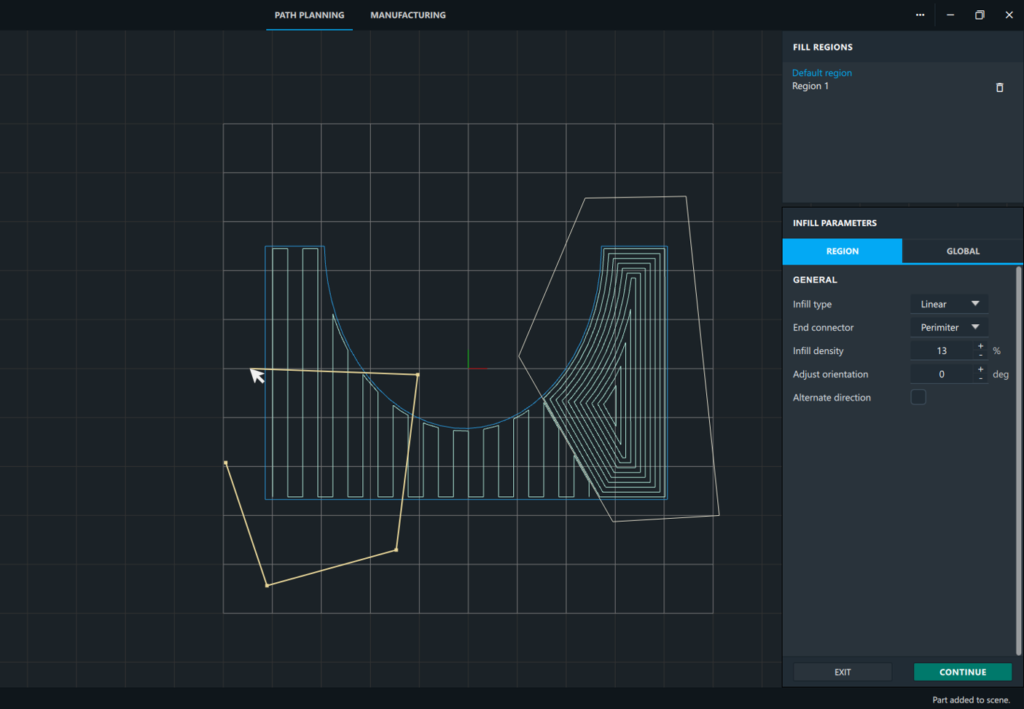 Use existing robots and material deposition units and configure a custom post processor based on your needs. 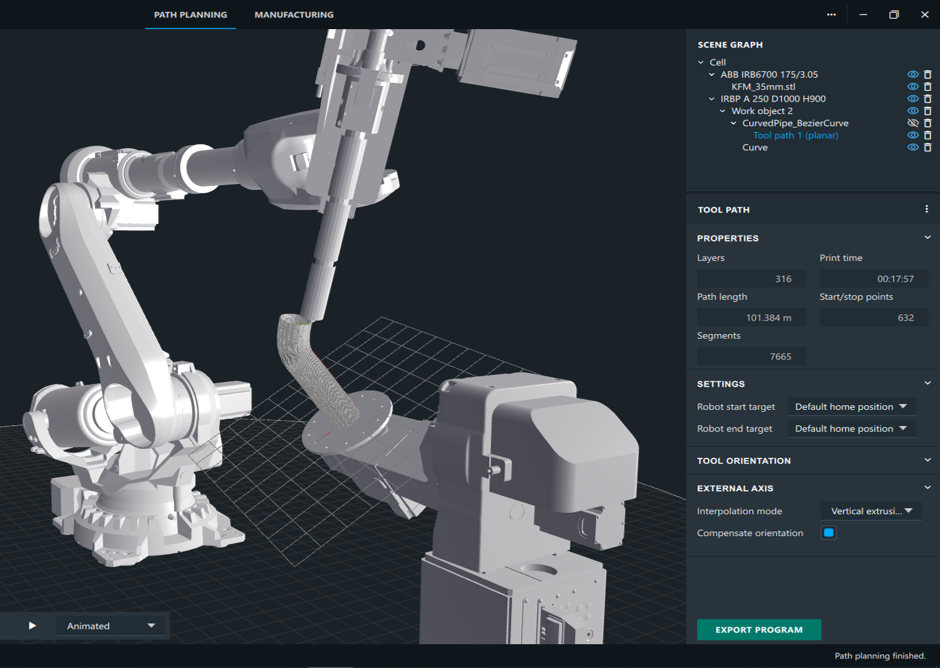